The 11 Types Of Koi Fish You NEED To Know

It’s finally time for you to add koi to your backyard koi pond! This makes sense because koi fish are popular backyard pond fish as they come in a wide variety of colors and patterns.

But, as you start researching, you find that there are way too many varieties of them. You have no idea which you should choose.

While all koi are beautiful, some types are more sought after than others. If you’re looking to add koi to your backyard pond, it’s a fantastic idea to learn about the different types first.

Now, there are over 100 different koi fish, but we won’t be exploring all of them. This blog post will instead introduce you to the 11 most common types of koi fish.

Gosanke koi fish are a variety of koi that includes the Kohaku, the Taisho Sanke or Taisho Sanshoku, and the Showa Sanshoku.

Gosanke koi are distinguished from other koi by their white patches, which are typically located on the head and neck. You can also see them with red and black colorings. Gosanke koi are also larger than most other koi, reaching lengths of up to three feet.

Kohaku koi are a type of Japanese carp that are characterized by their white bodies and red markings. They are a popular choice for koi ponds, and they can range in size from three inches to three feet.

Kohaku koi are also known for their long lifespan; some koi have been known to live for over 200 years, though most only live for decades. It depends on where they come from as well as their genes, diet, and environment.

If you’re thinking of adding Kohaku koi to your pond, there are a few things you should keep in mind.

First, Kohaku koi are best kept in groups of five or more; they are social creatures and do not do well when isolated.

Second, Kohaku koi require a diet of live food, such as worms or insects.

Finally, Kohaku koi prefer cooler water temperatures, so you’ll need to provide a cozy spot for them to hide away from the sun.

With a little bit of care, your Kohaku koi will thrive for many years to come. The Taisho Sanke is a beautiful and popular variety of koi that was developed in Japan in the early twentieth century.

They are characterized by their three striking colors: white, black, and red. The pattern is quite distinctive, with large patches of black and red separated by wide bands of white.

Taisho Sanke koi are widely considered to be some of the most beautiful fish in the world, and they are highly prized by collectors.

In addition to their beauty, Taisho Sanke koi are also known for their calm nature and their ability to adapt to a variety of environments. They’re relatively hardy fish, making them a good choice for beginner koi keepers. However, they do require some special care, so it’s important to do your research before adding one to your pond.

Tancho koi are one of the most iconic varieties of koi fish, and for good reason.

Originating in Japan, they were originally bred for their coloration. The word “tancho” actually refers to the red circle on the fish’s head, which is said to resemble the Japanese flag. Tancho koi are available in a variety of colors, but the most popular variety is the red-and-white fish.

These fish are typically between 18 and 24 inches long, and they can live for up to 20 years due to their hardy nature. Butterfly koi are a variety of koi fish that are distinguished by their long fins and tail streamers.

They are a relatively new breed, having only been developed in the 1950s in Japan. Since then, they have become increasingly popular among koi enthusiasts around the world.

While they are not as hardy as some other koi varieties, they are prized for their beautiful coloration and elegant appearance. Butterfly koi come in a wide range of colors, including black, white, red, yellow, and blue.

They are typically between 18 and 24 inches in length, although some specimens can reach up to 36 inches.

Doitsu koi are a variety of Nishikigoi, also called Japanese ornamental carp. They are characterized by their scaleless bodies and conspicuous rows of large scales along their backs.

The term “Doitsu” actually refers to the German breeding strains that were used to create the Nishikigoi we know today. These strains were originally imported from Singapore in 1909, and they quickly became popular among Japanese breeders.

Over the years, the Doitsu koi has become one of the most popular varieties of Nishikigoi. Thanks to their unique appearance and serene demeanor, these fish have captivated the hearts of hobbyists around the world. The name “Utsurimono” means “black and white,” which relates well to its unique look. It has a black body with white markings, which is created by a mutation in the cells that produce pigment. These koi are very popular among koi enthusiasts because of their striking coloration.

They are also said to be very hardy, which makes them a good choice for beginners. This type of koi fish is also known for its calm temperament and ability to coexist peacefully with other fish.

Utsurimono koi are relatively easy to care for and make a great addition to any backyard pond.

Hikarimono koi are a type of carp that is distinguished by their metallic scales.

Hikari means “light,” and mono means “scale,” so these fish are also sometimes called “scaled goldfish.” They are usually golden or orange in color, although other colors are also possible.

Hikarimono koi are hardy fish that can withstand cold temperatures, and they are not easily frightened. As a result, they make excellent pets for both children and adults.

Showa Sanshoku koi are one of the most popular varieties of ornamental carp.

They are easily recognized by their black and white coloration, which is said to resemble a traditional Japanese woodblock print.

They are also known for their gentle and sociable personalities, as well as their ability to thrive in a wide range of environments. Show Sanshoku are relatively easy to care for and aren’t too sensitive when it comes to the condition of their water. Gin Rin means “silver scales” in Japanese, and these koi are known for their shimmering scales. When light hits the scales, it creates a shimmering effect that is reminiscent of gin.

Gin Rin koi are available in a variety of colors, including red, orange, yellow, and white. Although they are all beautiful, the white Gin Rin koi are particularly stunning. Their ivory-colored scales are flecked with silver, giving them a radiant shine.

Gin Rin koi are also prized for their gentle nature. They are known to be very docile and make excellent additions to backyard koi ponds.

Kawarimono koi are Japanese koi that have patterns not commonly seen in other koi varieties.

They are sometimes also called wild pattern koi or variations koi. The term “Kawarimono” itself literally means “odd things” or “unusual things.” That’s exactly what Kawarimono koi are – odd and unusual koi that don’t fit into any of the existing koi categories.

That’s not to say that they’re not beautiful, because they certainly are! In fact, many people find Kawarimono koi to be even more beautiful than their more common cousins.

There are many different types of koi fish, and each has its own unique markings. If you provide the right care and environment for your koi fish, they can live for a long time.

Gradex is here to help keep your pond healthy and safe so your koi fish can live long, wonderful lives. Fill out our contact form today to find out more. Koi Pond Filter Options And How To Choose The Right One The Importance Of Pond Aeration And Pond Aerator Options Gallery

The Importance Of Pond Aeration And Pond Aerator Options 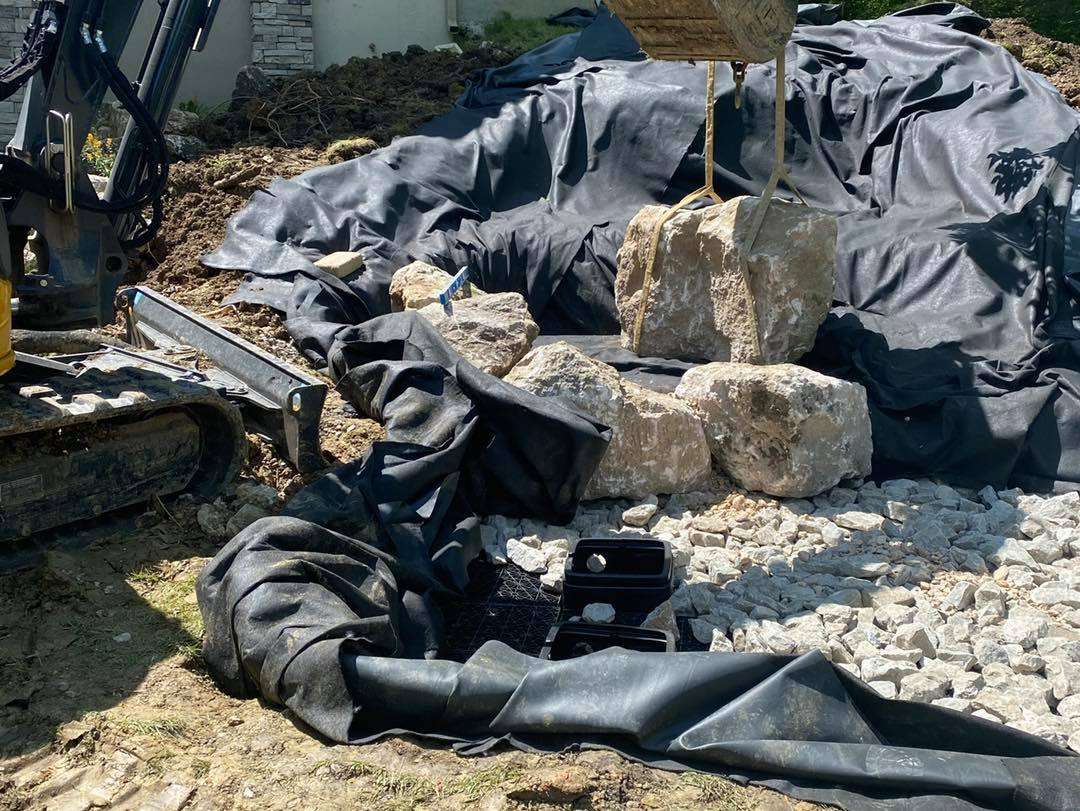 How Long Does It Take To Build A Natural Swimming Pond? Gallery

How Long Does It Take To Build A Natural Swimming Pond?